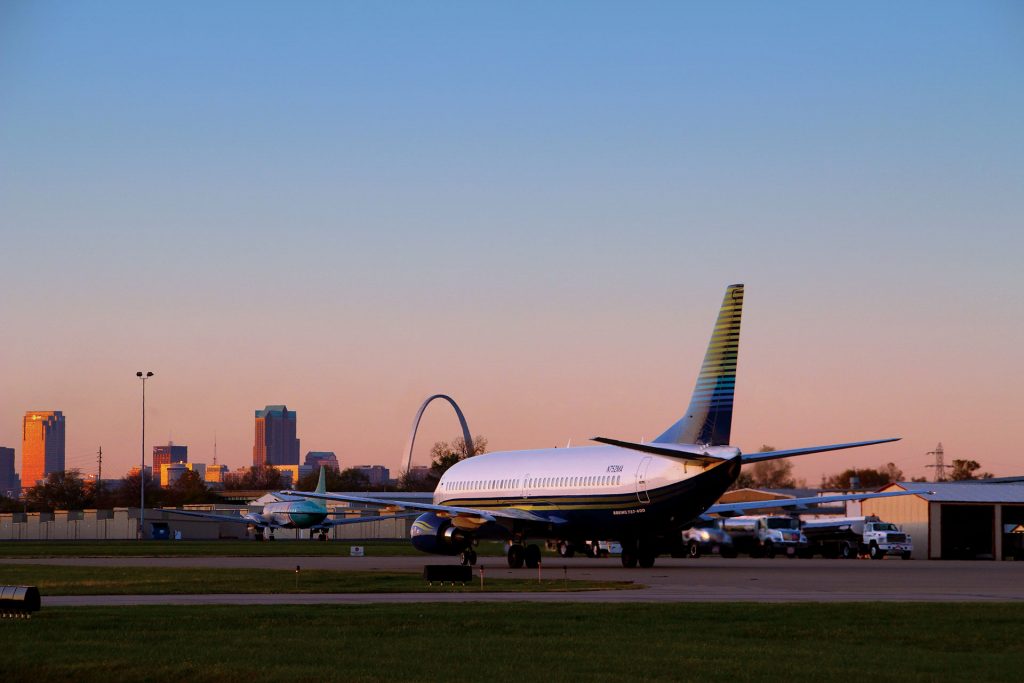 St. Louis Downtown Airport is the recipient of $5 million in funding from the State of Illinois for a project that will benefit aircraft maintenance providers and support more than 450 high-tech aerospace manufacturing jobs at the airport. The funds are coming from the $45 Billion Rebuild Illinois Capital infrastructure plan Governor Pritzker signed into law in 2019.

The grant will cover the cost of building a Ground Engine Run-Up facility, which is a critical improvement that will specifically benefit four aircraft maintenance providers operating at St. Louis Downtown Airport. This project will improve production safety, reliability and efficiency, improving airport businesses and increasing global competitiveness for Southwestern Illinois and the State of Illinois. The project has been in the works for several years, and construction is expected to begin in 2022.

“This Engine Run-Up facility will provide new opportunities to expand aerospace manufacturing opportunities at St. Louis Downtown Airport, resulting in job growth and private sector investment at this site,” said Taulby Roach, President and Chief Executive Officer of Bi-State Development, which owns and operates the airport located on 1,000 acres in Cahokia Heights and Sauget, Illinois. “We greatly appreciate the support of State Senator Christopher Belt and State Representative LaToya Greenwood in advocating for this funding and are confident it will enable us to continue to grow the annual economic impact of our airport.”

St. Louis Downtown Airport is the busiest general aviation airport in Illinois and has an economic impact of more than $422 million per year, according to the most recent State of Illinois Aviation Economic Impact Study (2019).

The Engine Run-Up project includes new airfield pavement with jet blast deflectors to perform aircraft maintenance tests requiring the operation of an engine at high power on the ground for several minutes, generating elevated noise levels. The tenants that will specifically benefit from this project conduct more than 500 high-power engine run-up tests a year, and have indicated while the existing locations have worked previously, they are insufficient today given the powerful engines of modern aircraft. The proposed Engine Run-Up will be located 1,850 feet from other parked aircraft and isolated from airport operations with a ground run-up enclosure. The enclosure will reduce aircraft Engine Run-Up noise by more than 50% and surround all but one side of the apron, and will be designed to accommodate the airport’s largest aircraft.