Emergency responders, military and medical personnel and participates from the VA St. Louis Health Care System (VASTLHCS) simulated a full-scale national disaster exercise at St. Louis Downtown Airport on July 19. The exercise was designed to establish a training environment for participants to become familiar with their respective organization’s roles and responsibilities if and when a natural disaster occurs.

The simulated exercise involved the use of a United States Air Force C-130 aircraft, which contained 35 participants that suffered the impacts of a 7.7 earthquake that caused widespread damage to critical infrastructure, disruption of utilities, and injured a large number of residents throughout the Midwest. 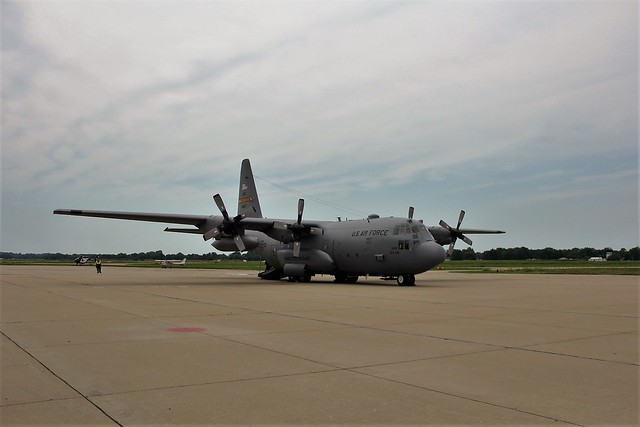 “In addition to VA’s primary mission to provide health services for veterans, we are responsible for assisting federal agencies and the general public during national emergencies. One way in which we do that is our participation in national disaster emergency exercises,” said Fabian Grabski, incident commander and associate director for the VA St. Louis Health Care System. “The VASTLHCS is a Federal Coordinating Center as part of the National Disaster Medical System. When unfortunate disasters strikes, it is vital that the tasks are pre-assigned and have been practiced through drills. The national disaster exercise provides the opportunity for us to practice, train new staff members, identify areas of improvement, interact with community stakeholders,  and enhance our skills as the local Federal Coordinating Center for this area.”

The National Disaster Medical System is activated to support patient movement to areas, like St. Louis Downtown Airport, to help support the care and treatment of those who are injured.