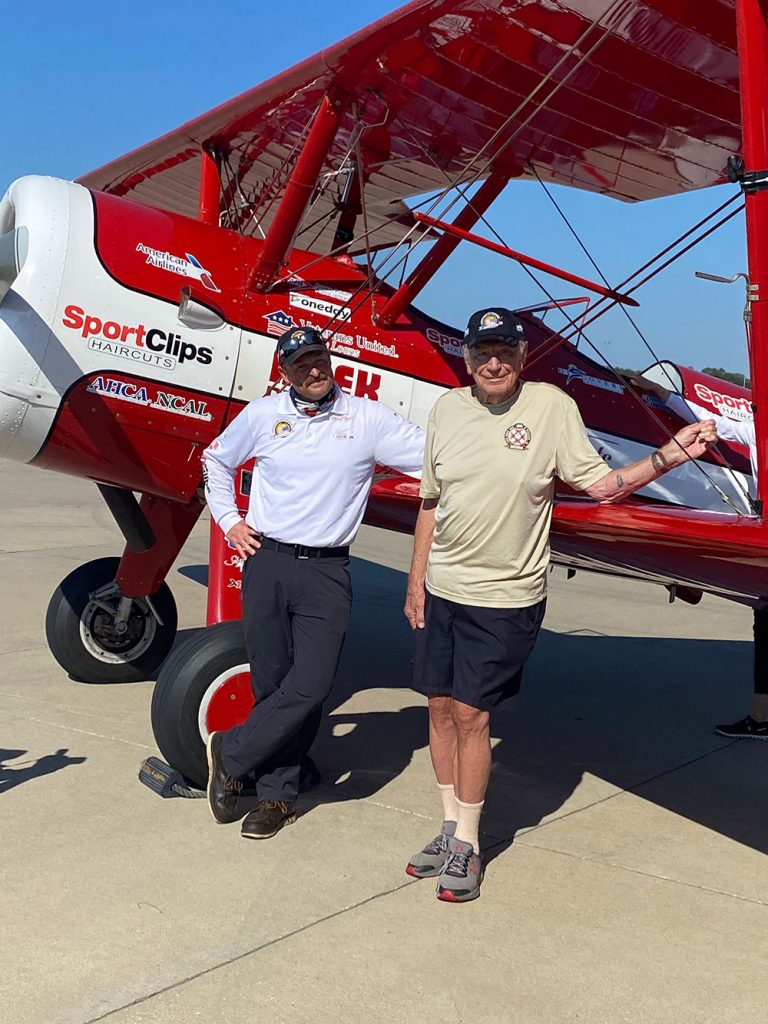 Bob Schultz, a 99-and-a-half-year-old World War II veteran from Belleville, Illinois, was able to fulfill a life-long dream on September 6 when he took off from St. Louis Downtown Airport for a flight in a restored 1942 Boeing Stearman biplane. While he regularly saw planes being launched from the USS California during his time in the Marines, Shultz never got to fly one himself until that morning, when family members including his wife and grandchildren, friends, fellow veterans, supporters and members of the local media gathered to cheer him on. After commencing lift-off with his pilot, Schultz got to fly around the skies over the airport, enjoying the views of the nearby Gateway Arch, Mississippi River and downtown St. Louis for approximately 20 minutes.